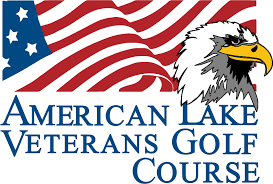 The Washington Open Invitational is a partnership between the Pacific Northwest Section PGA and Meridian Valley Country Club to produce a world-class championship and a pro-amateur event to raise important charity funds.

This will mark the 97th playing of the Washington Open Invitational and the 17th at Meridian Valley CC. The top PGA Professionals and amateurs from throughout the Northwest compete each year for the Washington Open title with the list of past champions including Fred Couples and a who’s who of Northwest golf. The Washington Open was established in September 1922 at Yakima Country Club. When the championship was created, it was tied in with the Washington State Amateur so that professionals and amateurs would play with one another. The events remained together until the 1950s. The Washington Open has accumulated an impressive list of repeat champions over the years. Chuck Congdon won five titles over four decades in 1939, 1947, 1950, 1952, and 1962. Al Mengert has won four times, including three consecutive wins from 1963-65. Long-remembered standouts Bud Ward and Bob Duden have also had their fair share of the spotlight to name a few. Jeff Coston has also won four times, in 1996, 1999, 2001, and 2010. The current tournament record is 200 for the WA Open, set 5/18/2011 at Glendale CC by Tim Feenstra, and tied by Jeff Gove on 5/23/2012 at Glendale CC. The record previously was held by Chuck Milne, 202, set at Meridian Valley CC in 1976. For a complete list of champions visit www.pnwpga.com.

The Pacific Northwest Section PGA is organized as a not-for-profit corporation and is one of 41 geographical regions of the Professional Golfers’ Association of America. It includes the states of Washington, Oregon, and Alaska, as well as northern Idaho and western Montana. It is the largest geographic section of the PGA of America, and with approximately 1,100 PGA members and apprentices, ranks sixth among the sections in a number of professionals.